So far in this series, we’ve looked at beach getaways, mountain retreats, and culture trips in some of the most diverse and exotic places on the planet. But sometimes, you just want to get away for the weekend on a city break. And what better place to do that than the Big Apple – New York City itself.

With soaring skyscrapers, bagel shops every block and walks in Central Park, you can easily fill a long-weekend getaway with things to do and see, and still have days worth of attractions that you missed. 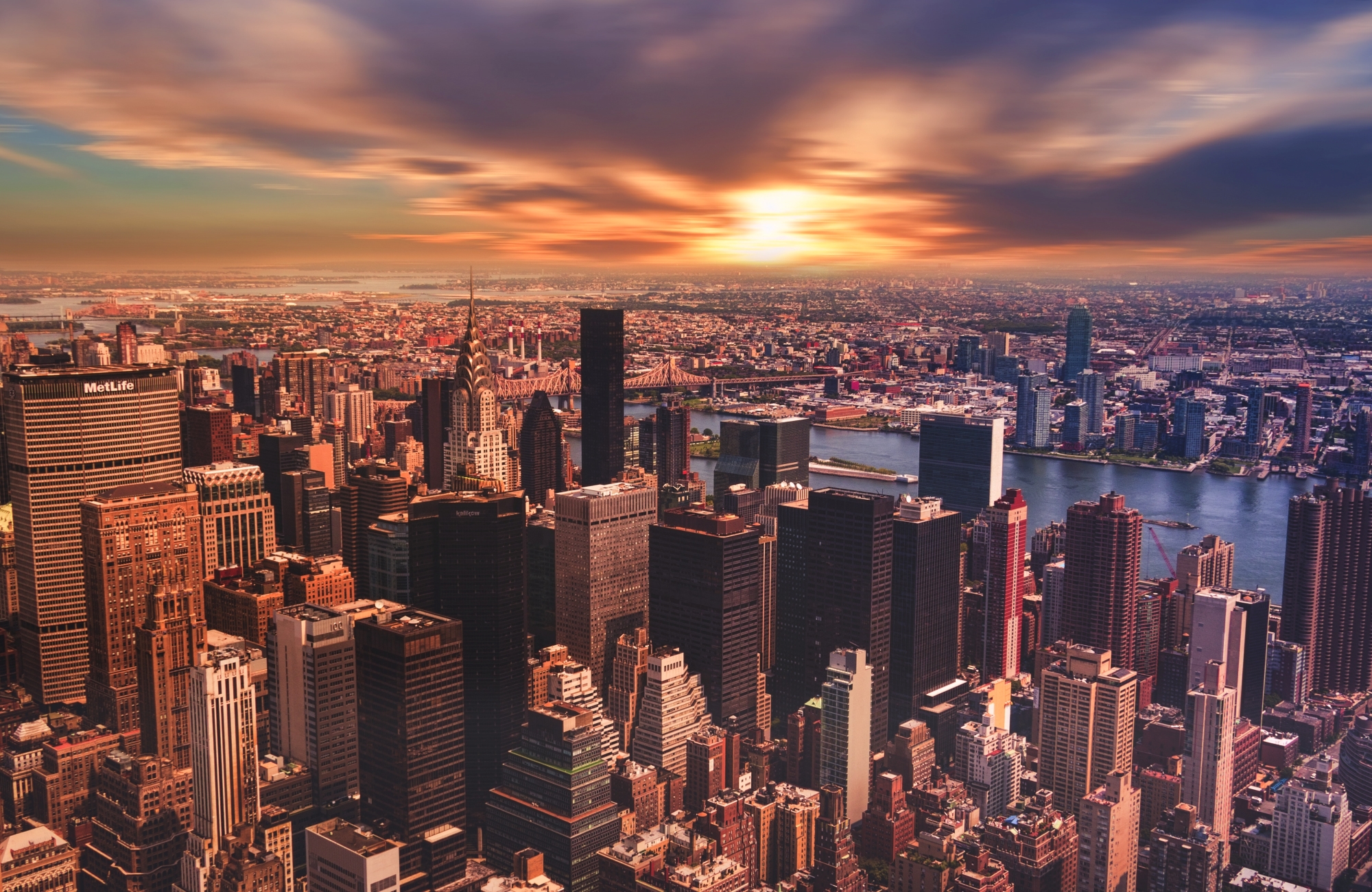 An American icon in New York harbour, the Statue of Liberty represents the dreams and principles that America is built upon. An awe-inspiring sight for anyone entering the harbour by sea, you can get to Liberty Island by just a short 20-minute ferry ride.

You can even visit the fascinating museum on Ellis Island using the same ticket, if you want to spend the day! The Statue of Liberty is a must-see for anyone visiting New York City – it is known across the face of the earth, and an opportunity to marvel at it up close should absolutely not be passed up.

Central Park isn’t just a regular city park – a square of grass surrounded by offices. Located between the Upper West Side and Upper East Side, and covering 843 acres. Central Park is the most visited urban park in the United States, with an estimated 37.5-38 million visitors annually, as well as being one of the most filmed locations in the world.

With paths to walk through the woods, ball fields, botanical gardens and even a zoo, this park is far from just a few benches. If you find yourself up this end of Manhattan, Central Park cannot be missed – even if you just stop to eat lunch.

With some regarding it as the spiritual centre of New York City, Times Square is a sight to see – with its famous glowing billboards and lined with shops. As one of the world’s busiest pedestrian areas in the City, it is also the hub of the Broadway Theater District and is regarded the world over as a major global centre of the entertainment industry.

Times Square is one of the world’s most visited tourist attractions, and pulls in an estimated 50 million visitors annually – approximately 330,000 people pass through every day. Would you want to be the one that went to New York without seeing this epic sight?

A 102-story Art Deco skyscraper in Midtown Manhattan, the Empire State Building is one of the most famous buildings on the planet. Built in 1931, and with a roof height of 1250 feet, you can travel up to the top and survey the whole of New York City.

From the roof, you can look at the city around you in all directions, and feel like you are on top of the world, standing on one of the world’s most iconic and recognizable skyscrapers.

For a Summer holiday, relaxing on a beach is a perfect way to take time out; for a long weekend, you can go on a city break; but what about{...}

Vietnam is famous for its awe-inspiring natural beauty, as well as its rich and historic culture. While many people visit Bali, the Maldives or Thailand for their taste of tropical{...}

While some people prefer to travel to countries like Iceland or Norway for the landscape, or Vietnam for the culture, others would rather spend their hard-earned time off lounging on a sparkling{...}